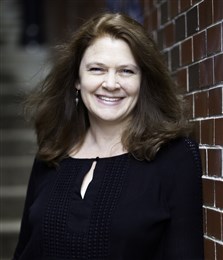 Jessica Purdy has lived in New England all her life. Having majored in both English and Studio Art at UNH, she feels drawn to the visual in both art and poetry. She holds an MFA in Creative Writing with a concentration in Poetry from Emerson College. She has worked as an art teacher and a writing teacher. Currently, she teaches Poetry Workshops and Creative Writing at Southern New Hampshire University. In 2015, she was a featured reader at the Abroad Writers’ Conference in Dublin, Ireland. Her poems have been nominated for Best New Poets and Best of the Net. Her poems and reviews have appeared in many journals and anthologies, including gravel, The Plath Poetry Project, The Ekphrastic Review, The Light Ekphrastic, SurVision, The Wild Word, isacoustic, Nixes Mate Review, Bluestem Magazine, The Telephone Game, The Tower Journal, and The Cafe Review, among others. Anthologies include Except for Love: New England Poets Inspired by Donald Hall, Nancy Drew Anthology, and Lunation. Her chapbook, Learning the Names, was published in 2015 by Finishing Line Press. Her books STARLAND and Sleep in a Strange House were both released by Nixes Mate Books consecutively, in 2017 and 2018. She is the 2019 Esther Buffler Poet-in-Residence at Portsmouth High School in New Hampshire.

Book: Sleep in a Strange House

Except for Love: New England Poets Inspired by Donald Hall

Halfway Down the Stairs - 3

Halfway Down the Stairs - 1

Halfway Down the Stairs - 2

Sleep in a Strange House

Praise for Sleep in a Strange House

You will not catch a wink of sleep when reading Jessica Purdy’s most recent collection, Sleep in a Strange House where both body and soul wrestle with what it means to be at home. Purdy’s poems are brooding, sexual, surreal, and grounded. And they are exquisite. She places the domestic side by side with the horrific, where ideas are percolating beneath what appear to be flat surfaces. She jolts us awake with juxtaposed lines such as, "I am making a cake. I am making a heart/for my dad.” And “The odds of being injured/are the same as the impossibility of belonging.” Ideas and images abound. The best poems pose questions that go unanswered and hold disparate ideas with equanimity exemplified by “The Lump in my Throat Appears without Warning” and “In What Room of the Soul do Moments Go." It’s a dark journey, but not all is despair. The collection ends with a voice akin to song. No flinching. No answers. Pure poetry.

“Nothing disturbs me quite like madness,” asserts the speaker of Jessica Pudy’s poem, “After Reading Plath.” But not since Sylvia Plath’s poems about motherhood in Ariel have I encountered such a deeply, deliciously deranged expression of the disturbances of being a mother and a self in our disturbed and deranged world as in Purdy’s aptly named collection, Sleep in A Strange House. In dreams and out of them, this brutally frank confrontation with the work of parenting (parenting both one’s self and one’s children) talks back to those who would reduce mothering to a series of quaint conditionals. Talks back in a timbre that is memorable for its mettle, in a voice that is at once hypnotic and homespun, in craft that spars with a sly bravura, and in lines that joust with disquieting fondness.

Tom Daley, author of House You Cannot Reach: Poems in the Voice of My Mother and Other Poems

From the trapdoors and “spy/code” that once enchanted her while reading Nancy Drew, to bumblebees struck by frost “still sucking from the cups/ of blossoms,” Jessica Purdy feels the pulse of mystery underlying ordinary life. Purdy negotiates the bumpy terrain of responsibility, loneliness, dreams, and estrangement in poems that often begin in the natural world and end with meditations on her place in the family landscape. Cover to cover, STARLAND is a complex, deeply felt, and finely written book.
Joyce Peseroff, author of Know Thyself

While the poems in STARLAND ultimately explore transcendence and transformation, they are not afraid to re-draw and blur the many fine lines between reality and dream.  Between the imagination and language.  In doing so, they situate the reader on those lines, wise with their questions and humorous with their doubts.  This is a book of poems by a poet who knows the world is made up of questions, and that all the questions between “Did Jesus really exist?”, and / “Who made these mittens?” are not only equal, but wise in the asking alone. This is also a poet who knows, “Nothing will happen today / or everything I fear might―”.  Reading these wise poems, one walks away feeling less isolated walking their own blurred lines, and glad to meet a fellow traveler along the way.
S Stephanie - author of So This Is What It Has Come To

Praise for Learning the Names

While the poems in Jessica Purdy's Learning the Names are armed with a reality made in the image of those most overshadowed of gods they more often than not move and unfold with the logic and intensity of dreams, multi-filing and lifting off from these infinitely-felt memories, their assorted voices just coming to, recovering, what once was thought unfailingly lost, not only by naming but re-christening, striking a-new, thus attaining this unseen kind of omen-status, so camera-ready and ever-inventive, so dramatically and menacingly available at times, they gain one a sort of newly sung reason, understanding

Jessica Purdy charges everyday acts with the power of transformation. Outside her door, the wing feathers of a pigeon are 'splayed open in a version of praying hands;' walking alone, lust becomes 'like a blue river churning dirt,/ a river that dumps itself/ depleted at the origin.' Questions of love, mortality, and the strangeness of being sing through these beautifully observed poems of discovery and reinvention.